What Are The Advantages Of Social Media?

Using technological advancements to our benefit has always been what we’re looking for. The creation and improvement of social media have significantly impacted our lives. The digital era engraved a new way of communicating with others in our minds. The facilitation of this communication opened a direct line of contact with people on the other side of the planet. The internet brought us connectivity, and social media brought us friendships. More than ever, people find their friends or even significant others through social media. That is the crucial advantage of social media; building a relationship with someone via the internet. Younger kids who struggle to make friends in real life tend to develop friendships thanks to this connectivity.

Another advantage of social media is the possibility of building a business solely online. People now have the space to showcase their products and sell them without physically opening a store. The digital space allows everyone to establish a business and profit from it. With the rise of e-commerce, it is also easier to purchase a product sold through a social media profile. This is also true for content creators; creating your products and selling them or publishing them has made it possible to generate income and build their jobs. Most people who work on social media platforms only work for themselves. Being your boss also has its advantages.

With the tendency to be bombarded with information 24/7 and the rise of social media, people from around the globe started empathizing with other cultures. We started distancing ourselves from the narrow point of view brought on by geographical and cultural limits. As well as being an individualist society, social media made us a collective. Loneliness and depression are prevalent in every country; social media platforms offer individuals a safe space to be themselves. Alongside its disadvantages, communities growing on social media aim to build friendships out of kindness.

What Are The Disadvantages Of Social Media?

While social media has lots of advantages, it also comes with disadvantages. According to the Pew Research Center, more than 59% of U.S. teens have experienced cyberbullying. Social media has made it so that everyone can voice every opinion on any subject matter. These opinions can be transmitted anonymously, making cyberbullying easier on the internet. Therefore, this cyberbullying can impact someone’s mental health to suicide. The victims of these hate speeches being conveyed online are primarily children and women. How do we justify free speech in these hate speeches?

One major disadvantage of social media is the spread of misinformation. The main reason is the lack of regulation and examination of the news being spread on social media. The lack of fact-checking the misinformation comes from the fact that most people who agree with a piece of certain information share it immediately without having second thoughts. People can believe that a bit of information is inherently true until they fact-check it. The shares and clicks on this misinformation generate profit for the people that post it. Shock value has become an immense player in the digital world. We’ve been desensitized to nearly anything that we see online, so shocking a person with false information so that they share it will always be what they’ll be looking for. Being born into the age of social media and the internet, there is nothing that people haven’t seen.

The most apparent disadvantage of social media is its addictivity. It is designed as a platform that will get you addicted to itself; not being able to function without it is one of our downfalls.

What Is The Most Popular Social Media?

Facebook is the most popular social media today based on its number of active users. With its user number being 2,9 billion, Facebook holds the lead. However, since the creation of Meta Platforms, which was once Facebook, the other most popular social media apps have been bought by it. Instagram and Whatsapp were bought by Meta last year. The company Meta is considered a part of the biggest companies in America like Apple, Google, Amazon, and Microsoft. Founded in 2008 by Mark Zuckerberg and Eduardo Saverin, the platform is considered to be our introduction to the online world. The customization of one’s profile was the genesis of other platforms like Instagram and Twitter.

What Is The Use Of Social Media?

Another use of social media is to promote a business or product that creators might be selling. It’s the perfect tool to have a committed and loyal customer and keep the engagement rates high. They achieve that by posting regularly on their social media platforms. Youtube’s algorithm, for example, favors the creators that post more frequently than the ones that don’t.

However, individuals use social media to present themselves just as they want to be delivered. Presenting yourself in which you can attract business or make friends that are alike. The world-building is the primary goal in these platforms.

How to Manage Social Media?

Following trends is another crucial point in social media management. The internet moves very fast, and keeping up with all the trends will get you clicks and friction. However, the basis of all social media management comes down to originality and how you would like your business or your profile to be viewed. Creativity goes a long way in the world online; people are drawn to new things since the internet offers us so many things at once. 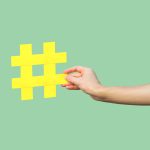 What is Social Media Marketing? 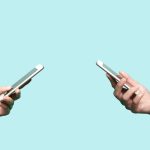 What Is Social Media? 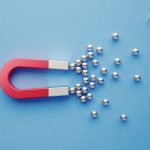 What Does Marketing Automation Do? 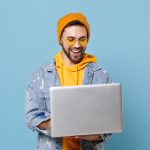 Why Is Email Marketing Effective?

Register for our e-newsletter to be instantly aware of all our blogs!